It looks like you're visiting us from outside Sweden

There are many myths and misconceptions about scuba diving floating around the internet and popular culture. So we are here to put some of these to rest, get people diving and ease some worries for new prospective divers. 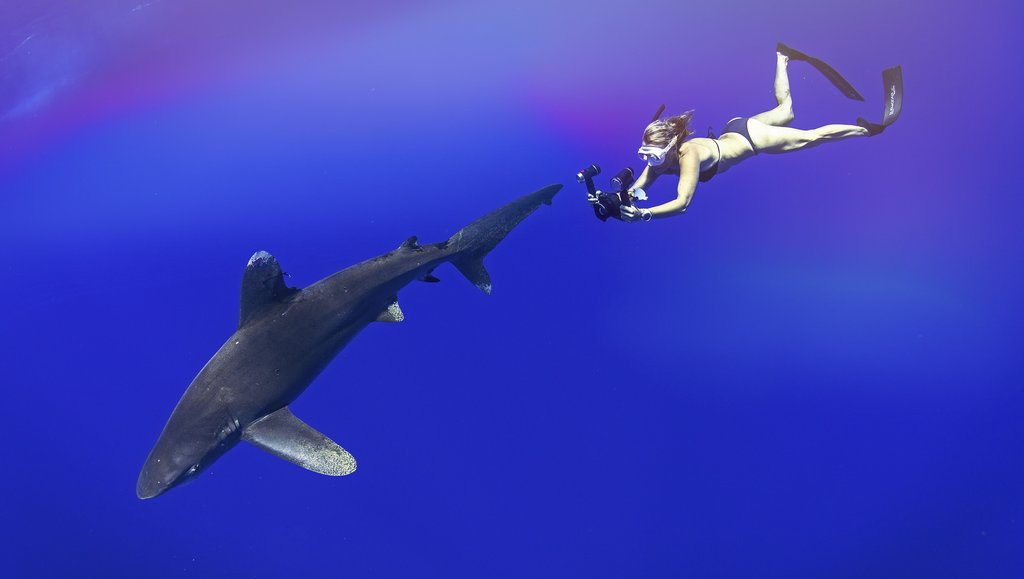 This is one of the most common questions diving Instructors get asked. Films have perpetrated the stereotype that sharks are nothing but bloodthirsty killing machines. But you need not worry as shark attacks are extremely rare and you are more likely to be killed by a cow or even a venting machine than a shark. Sharks are known to be very shy and tend to avoid contact with humans.

When we're diving we often go looking for sharks and they swim away from us, they simply don't like our bubbles and we're quite noisy underwater compared to anything else.  Some sharks will swim close to check us out and swim off, just like any other large fish, but the media has painted them with a poor light that needs to be rectified.

DIVING GEAR IS TOO EXPENSIVE

We are not saying that all of the kit is cheap but compared to a lot of sports the gear isn't that expensive and you don't need to buy everything at once.  Most divers when they and can be used for other things around the house. As with many things you get what you pay for applies to scuba kit, the more you pay the better the kit you'll get.  Scuba diving equipment varies in prices but the quality of gear is so high you won’t need to buy again for quite a while. Diving gear can last for years if you look after it correctly.

If you're looking to justify your purchase, a compressed gas cylinder can be used with your regulator to pump your car tires, balloons and all sorts up so you don't get tired.  If you're cleaning out gutters in the autumn or washing your car in the cold then a pair of neoprene gloves will protect your hands from the cold and the gunk.  Your dive mask will protect you when chopping onions and if the heating's gone in your house then an undersuit will keep you nice and warm in the winter months while being practical as you can still walk around in it unlike a blanket, it'll also help reduce your heating bill too so you're literally saving money right there... 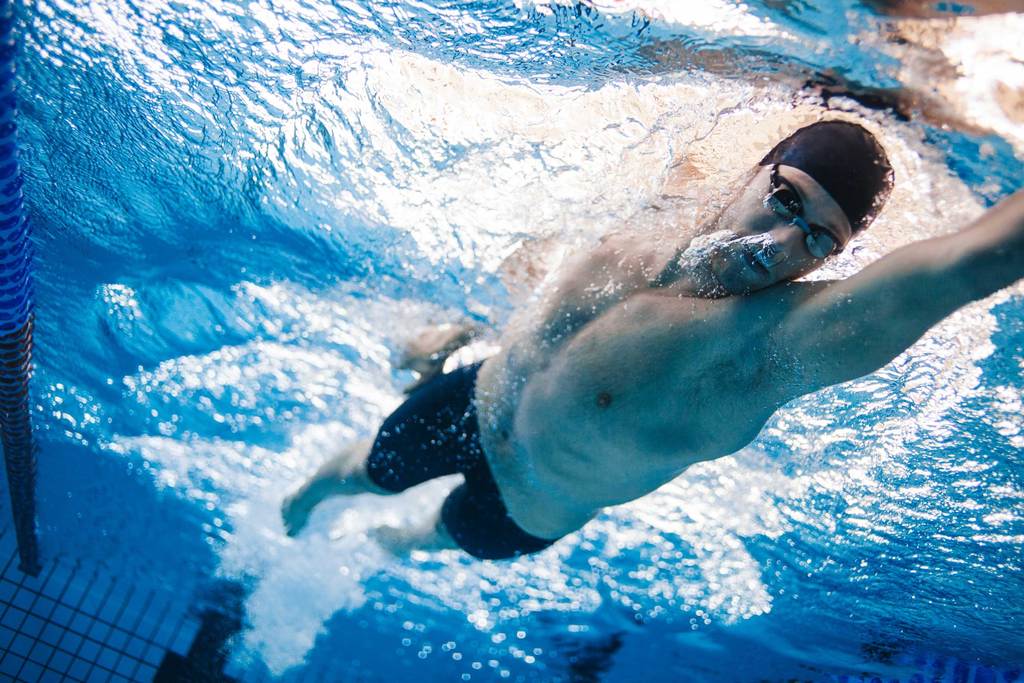 YOU NEED TO BE AN INCREDIBLE SWIMMER

While it is true you need to at least be a competent swimmer, scuba diving does not require superhuman swimming powers. The goal of scuba diving is to spent as little energy as possible while diving.  The more relaxed you are the longer your air will last and we all wear big fins on our feet to move us through the water with minimal effort.

As a general rule of thumb if you're tired on a dive you're doing something wrong.  That being said, as with life in general, the better your physical condition the safer you're diving will be as tests have shown a correlation between poor health and predisposition to decompression problems. Your physical condition is important to keep on top of but you'll never be judged on your straight line speed while diving so take it easy.

DIVING IS TOO DANGEROUS

Compared to other sports like skiing scuba diving is far safer when you compare the numbers.  Scuba diving has a very low risk of heavy contact like other sports; skiing, cycling and football for example all have very high levels of contact injuries like broken bones and sprains.  Scuba diving is a very chilled sport so unless you drop a cylinder on your foot you're very unlikely to break something.

As with many things there are some dangers but during your dive training you will be taught all the lessons to stay as safe as possible in the water. As long as you follow the rules you should be perfectly fine, we even have dive computers that tell us if we're about to do something wrong to keep us safe.

YOU HAVE TO GO DEEP TO SEE THE BEST STUFF

The idea that you have to dive down deep to see anything is another popular misconception. In fact you only have to go down only a few metres in most cases as coral and wildlife flourishes closer to the sun.  The shallower your dive the more benefits you receive such as:

There are some benefits to deep diving though as things tend to be less disturbed as only the few qualified can go there. You may need special equipment and procedures to reach certain wrecks and depths but most divers don't venture below 30m in there diving career.  There is a great feeling to explore a place that only a handful of people or nobody has ever seen before but just by putting your head under the surface of the water puts you above most of the other surface dwellers on the planet. 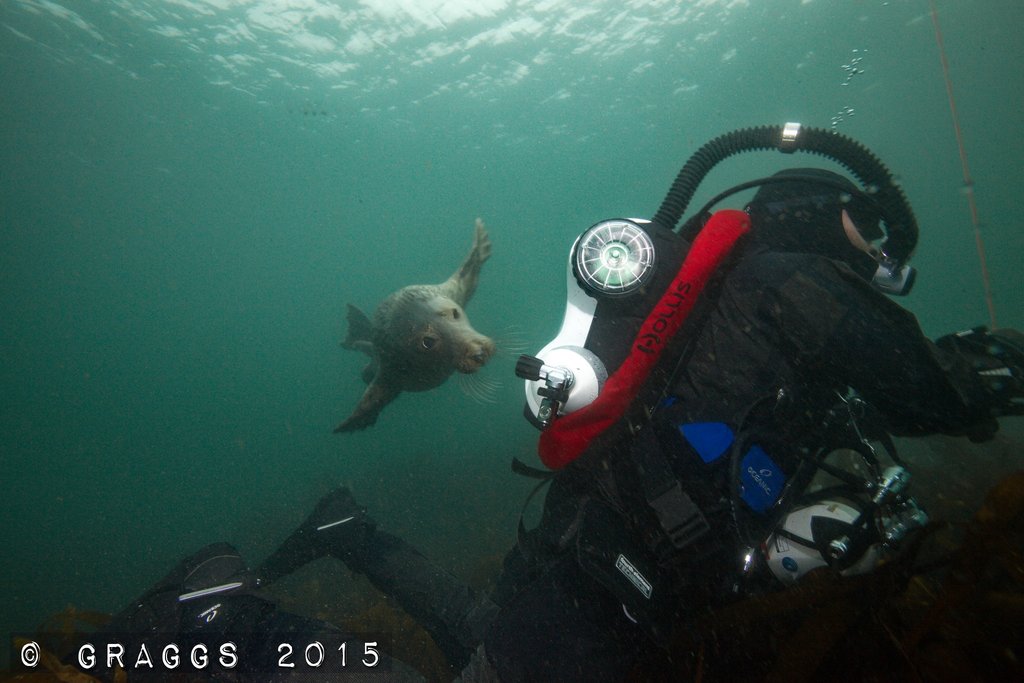 YOU HAVE TO TRAVEL TO FAR FLUNG EXOTICS LOCATIONS

When many people think of scuba diving the images that they conjure up are usually diving in the Caribbean or South Pacific. Whether you are from the US or the UK there is always somewhere to dive at home, even if you are not by the coast. Lakes, rivers and quarries can offer excellent diving and the fresh water means you don't need to carry as much lead and don't have to wash your gear down as thoroughly.

Many believe UK diving is murky and dark but there are some great waters off our coast and inland with plenty of visibility.

SCUBA DIVING IS ONLY FOR MEN

While it may seem that scuba diving is mainly male orientated, that is no longer the case. My Instructor was a woman and I taught plenty of girls to dive as an Instructor over the years. Many women are now taking up diving and there are a number of female instructors and dive masters out there. In fact equipment manufacturers offer dive gear ranges specifically for women.

We even work closely with Sarah from GirlsThatScuba who created an entire community online for, you guessed it: Girls that Scuba dive.

What are your favourite diving myths that you know are completely false? Let us know in the comments below.