Some of you will have noticed EN250 stamped onto your regulators and not really known what it means.  EN250 is simply the standard that regulators must meet but recently there have been some changes to the acceptable performance requirements of breathing regulators focusing on water temperature and multiple second stages. 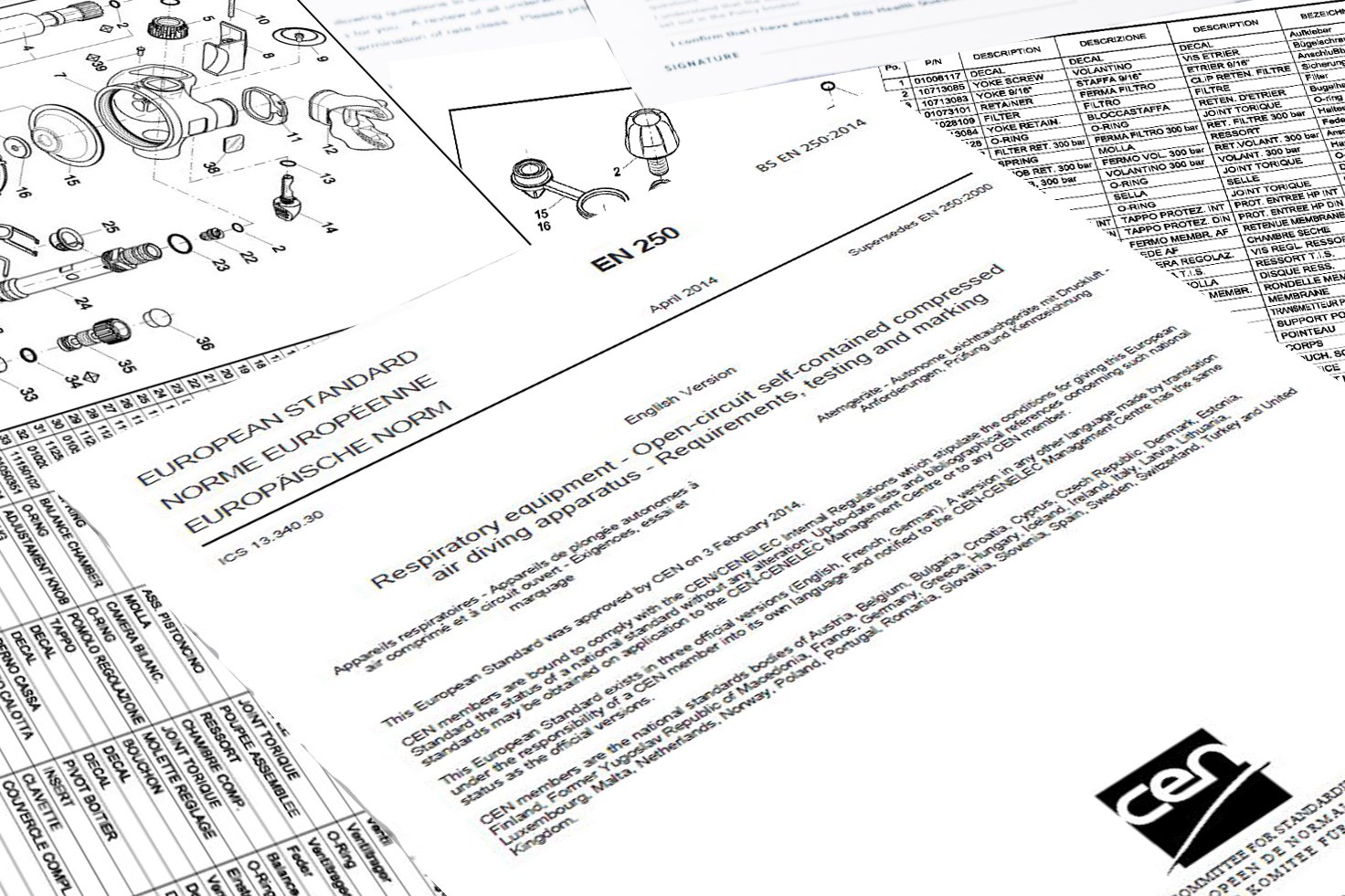 EN250 is the requirements of the European standard for diving equipment to meet the demands placed on it at depth and under high breathing loads.  Which basically means that your regulator has been tested to make sure it will deliver gas to you at acceptable depths at acceptable temperatures in any situation even if you have two panicking divers demanding gas from it.

With Scuba diving becoming more popular and more of us travelling to go diving as well as pushing the boundaries of exploring the depths, manufacturers are producing smaller lighter regulators for travel that are great for warm water but cannot meet the same standards as the rest of their range for cold water and demanding depths so there needed to be different standards for different types of regulator.

There are more than one EN250 standards now because of this. EN250:2014 is the current standards that all Scuba regulators must meet but there is also a separate annex 'A' standard EN250A.  Most manufacturers have regulators that surpassed the previous standards so much that they already meet the new guidelines so they simply have to brand their newly produced regulators with the new EN250A.

The new standards decided in 2014 outline how an octopus rig, single 1st stage and two 2nd stages, is not the preferred option if you're diving deeper than 30m or water colder than 10°C.  If you are diving in colder waters or deeper than 30m then it is advised that you only use one 2nd stage per 1st stage. You can do this by either using twin cylinders or a cylinder with twin outlets like a H Valve.  Dual 1st stages have been the preferred method for advanced divers with twin sets for a long time already because of its redundancy but could mean that single cylinder divers may need to invest in new 1st stages and a new cylinder valve or a pony cylinder.

EN250A tests the 1st stage with a demand on the primary and alternate demand valve to simulate two  divers breathing off a single 1st stage.  If the 1st stage can deliver gas to two 2nd stages it will have EN250A stamped somewhere on it.  If your regulator has EN250A stamped on it then an octopus setup should be fine even in colder deeper waters but dual valves will always be recommended.

With the new EN250:2014 regulators that are not designed for cold water will have to have to be marked with “>10°C” somewhere on the 1st and 2nd stages.  'Cold Water' is defined as water temperature below 10°C, and regulators marked with EN250A are tested to a temperature of 4°C. Smaller, lighter regulators do not have enough metal parts to act as a heat sync and absorb heat from the water to prevent icing up in cold waters so it should only be used in warmer waters.