With Ebola in the news so much in the past weeks many people have forgotten about the ongoing pandemic of Pterois volitans and Pterois miles are spreading around the world's oceans and decimating local species since the late 80's.

*details of sightings from the Ocean Support Foundation

More commonly known as Lionfish, these species have managed to cross the Atlantic Ocean and are now spreading up and down the east coast of the Americas, the Caribbean and the Mediterranean.  Originally endemic to the Indo-Pacific, from the Red-Sea to Western Australia.  How these species were accidentally introduced to the Western Atlantic is unconfirmed but they have been quickly spreading from the Florida area in all directions.  Seen as far North as Massachusetts and as far South as  these species of Lionfish are wreaking havoc on the local fish who are not used to their presence yet. 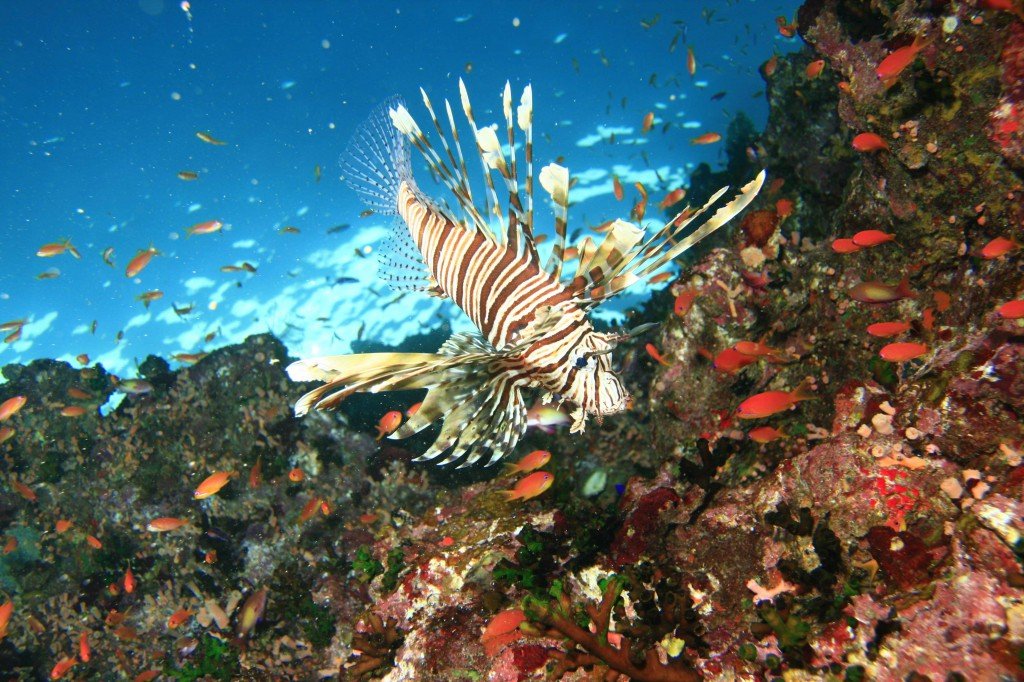 TOP OF THE FOOD CHAIN

Because the Lionfish has very few natural predators there has been very little to stop their numbers from increasing exponentially in their new resource-full environment.   Armed with up to 13 long venomous dorsal spines, 2 venomous pelvic spines and 3 venomous anal spines these fish have a very potent defence mechanism to ward off predators. A completely foreign specie like the Lionfish has easy pickings as the local fish are unaware of the danger it poses.  Having never encountered a Lionfish before, local species do not hide when one approaches as they have no reason to fear it and it will take a generation or two before other fish learn to avoid this new predator. The Lionfish has a more complex bi-lateral swim-bladder which allows it to control its position in the water perfectly to hunt at any angle motionless, living up to their volantis and milesnames which are Latin for hovering & soldier. The Lionfish's breeding cycle is incredibly fast compared to other fish species, capable of breeding very frequently a single female can produce up to 2 million eggs a year, growing quickly each fry is capable of hunting within 4 days of conception!  With a lifespan of anything up to 10 years and preying on up to 70 different species the Lionfish are a very real danger to the Caribbean ecosystem.

Any sightings of any Lionfish outside of the Indo-Pacific need to be recorded and reported to a marine survey agency, such as REEF or The Ocean Support Foundation, to accurately document their spread around the world.  Many Dive Charters organise a Lionfish Derby to collect and remove as many Lionfish from a given area as possible by either netting or spearing the foreign invader. 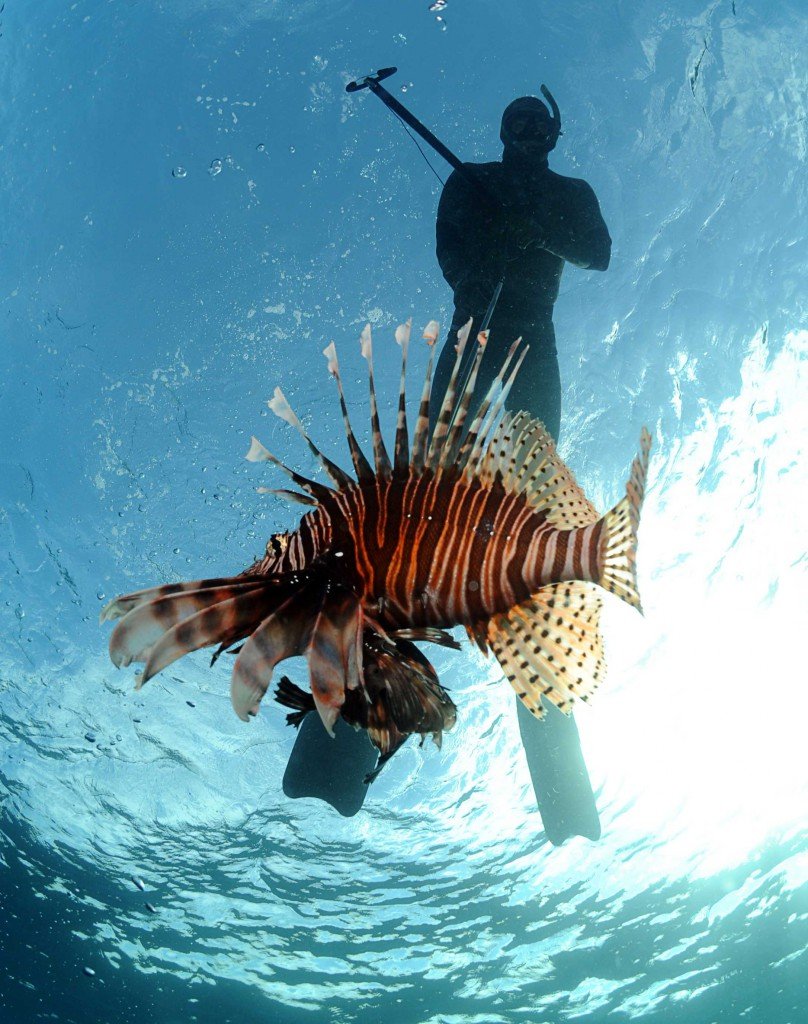 Lionfish are quite nice to eat as well and many chefs and restaurants are creating recipes and dishes to encourage the collection of Lionfish.  The meat is delicious, a white flaky fish when cooked and is very similar to Snapper and Grouper.  It is also good for you as the meat is higher in heart healthy Omega 3 fatty acids, lower in saturated fats and heavy metals such as mercury.  Once the venomous spines are removed the fish can be treated the same as any other fish, Lionfish are venomous not poisonous and so are perfectly safe to eat.  Because of their accelerated breeding cycle they are a perfectly sustainable fish for today's economy. 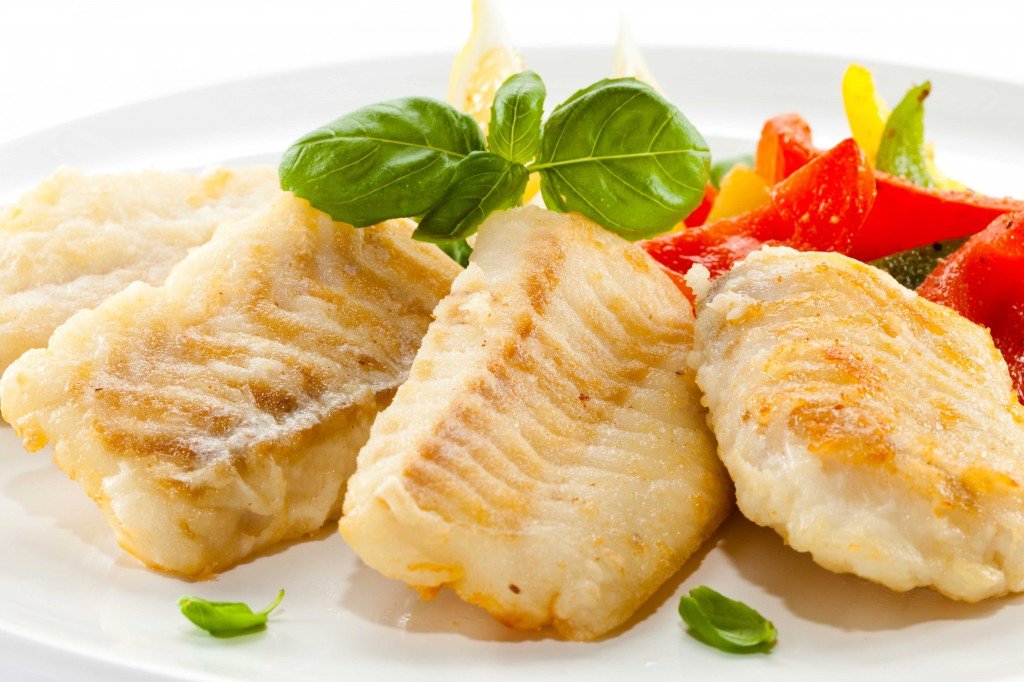