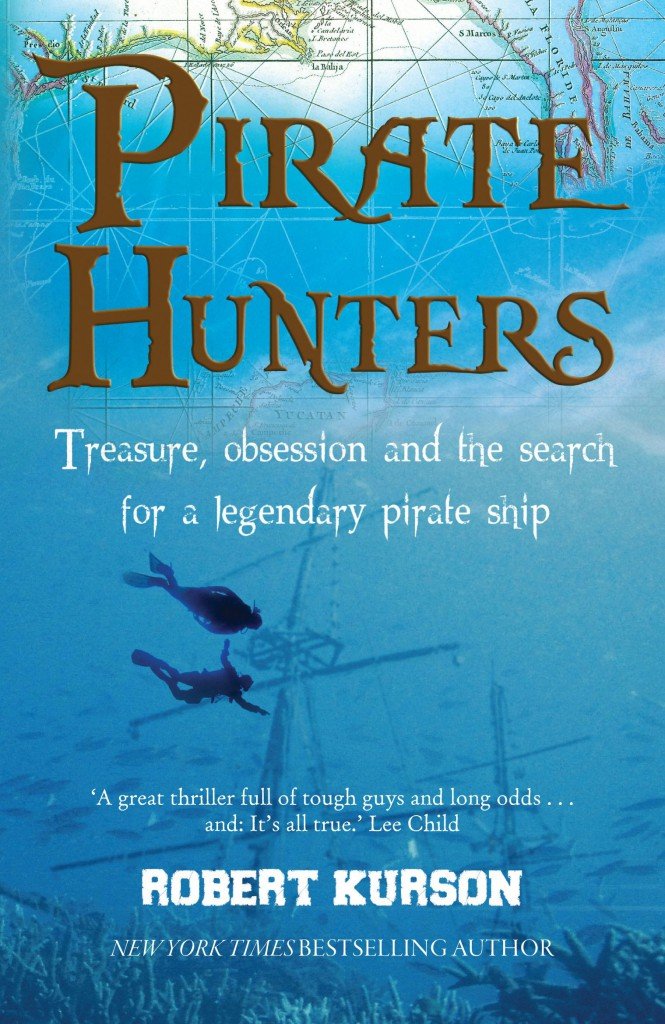 It’s not uncommon for strange and unexpected items to pass over my desk but I was very happy to receive a copy of a new book that is published the 16th of July by Robert Kurson called Pirate Hunters.  I love books and films about sunken treasure and the people that find it and the Caribbean has a huge wealth of sunken treasure still waiting to be found.  There is still an estimated $60 billion of treasure under the waves today, hidden under the sand or out of reach.

The book tells the story of a pair of treasure hunters looking for a particular sunken pirate ship in the Caribbean Captained by a rogue pirate.  The two treasure hunters are searching for the illusive Golden Fleece which was operating during the late 1600s by Captain Joseph Bannister, a once well respected trans-Atlantic British captain who stole his ship the Golden Fleece and turned to piracy for personal gain.   Captain Bannister was pirating in the same golden era of piracy as other famous Captains like Henry Morgan and the book details the history of how Pirate Captain Bannister evaded the British Royal Navy, even defeating on two Navy Warships at once before his ship sank and was lost under the waves.   Chatterton and Mattera are the two treasure hunters trying to find the Golden Fleece from old records from around the world trying to locate one shipwreck in the entire Caribbean.  Both very accomplished recovery divers, they put their life savings and all of their experience into finding the Golden Fleece.  Competing with other dangerous treasure hunters and the looming legal decision by UNESCO that would nullify any claim to the wreck the two treasure hunters must be quick but careful to claim their bounty.   This was a great read and if you enjoy adventure and diving then I would definitely recommend this book.