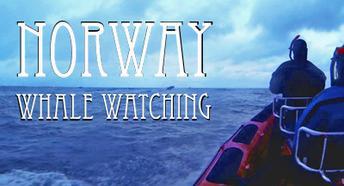 Early January a friend and I decided to try a whale watching tour up in Andøya, Norway.  A few years back we tried further down South to no luck so we just went diving instead.  This year had more planning, we decided on a better time of year and a better location so armed with our previous experience of the country we flew out to Harstad/Narvik Airport. 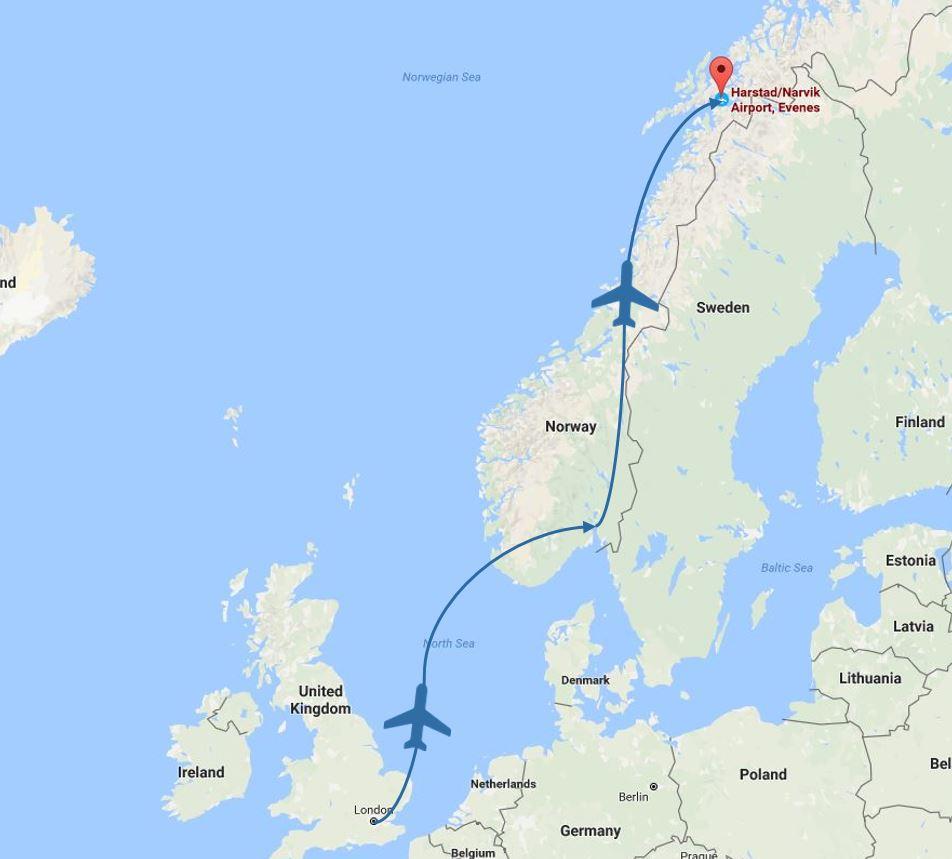 The flight out was routine from Heathrow to Oslo then on to Narvik bracing for January weather in the Arctic Circle. We hired a car and set off on the 3 hour journey to where we were staying.  Northern Noway consists of single carriage roads covered in snow then ice then tarmac and back to snow keeping you on your toes when driving. 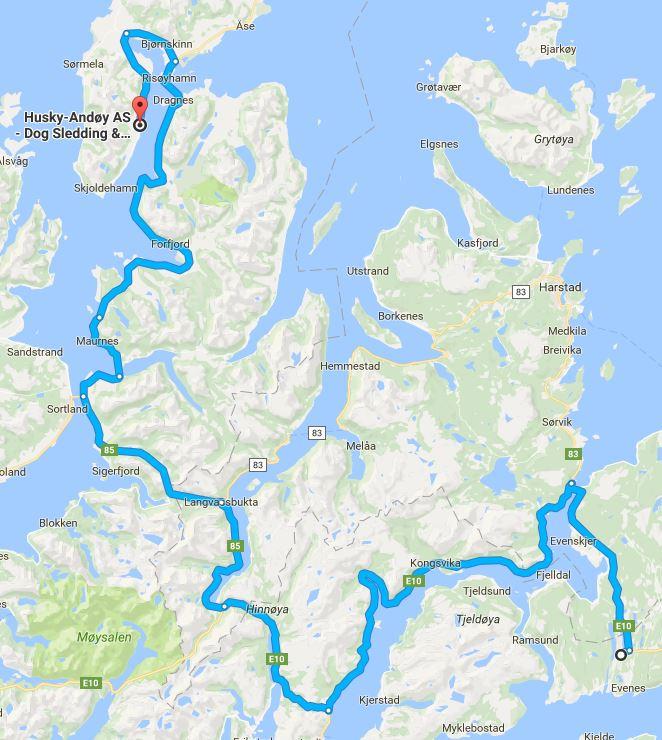 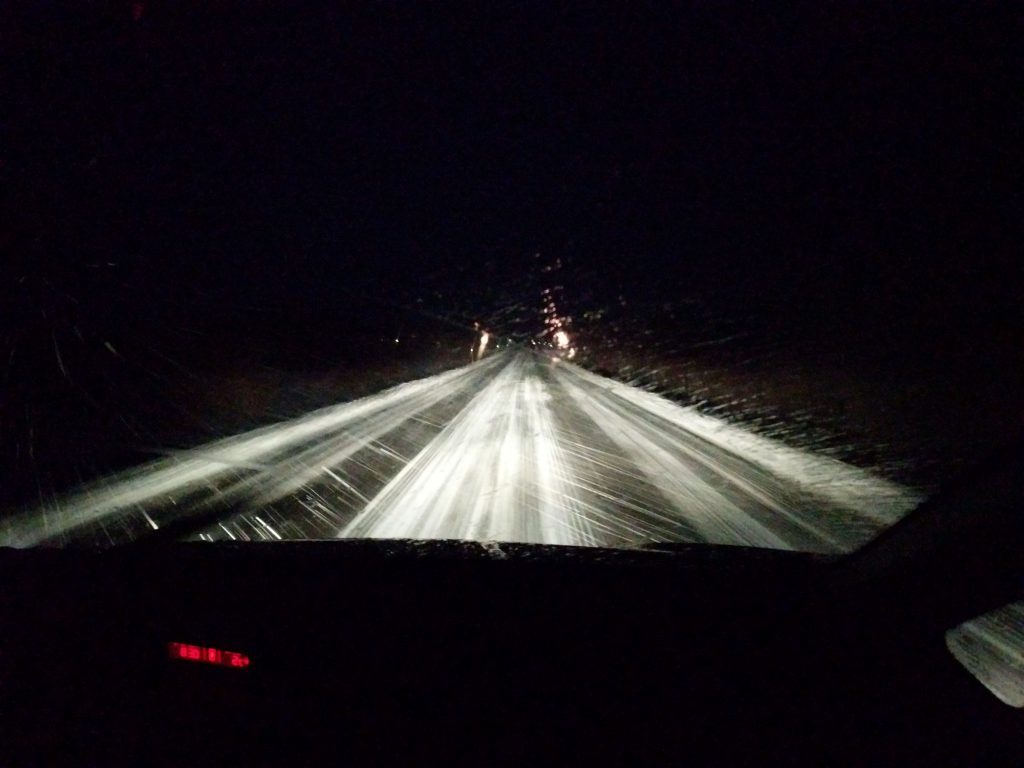 Other cars on the road were a rarity as there's a lot of nothing where we were which made driving easier as you can drive at your own pace.  We had a pretty standard hatchback with regular tires which coped very well in horrible conditions and even though it was a hire care it had a heated steering-wheel and seats and a decent radio system. You need to get used to driving in the dark though as you rarely see the sun in the winter-time. We were staying at a guest house of the Husky-Andoy Husky Farm which was a comfortable self catering house with everything you need including WiFi. 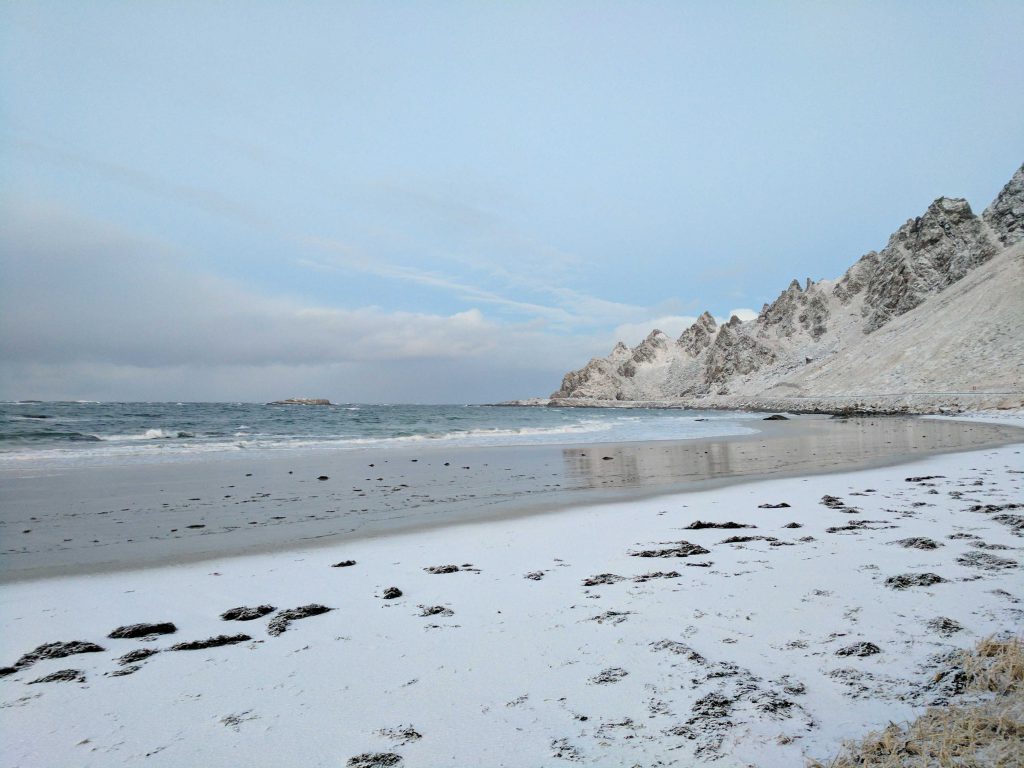 Ok, we were prepared as we've been before but food and drink in Norway is expensive, especially if you want alcohol.  It's about 10 Krone to the Pound which makes converting fairly easy in your head.  If you're self catering especially you need to prepare as shops are sparse and pretty much everywhere closes on a Sunday so plan your meals. We were only there for four days and stocked up on easy food driving in from the airport.  Frozen chips, fish, pizza and veg ensured we had food for the first couple days but when we ran out on the Sunday the only place we found that was open was a small kebab and pizza place an hour away in the nearest town.  A couple 'stor' or large pizza's ensured we had food for the next couple days as they were a tad bigger than we were expecting, about 24" across. 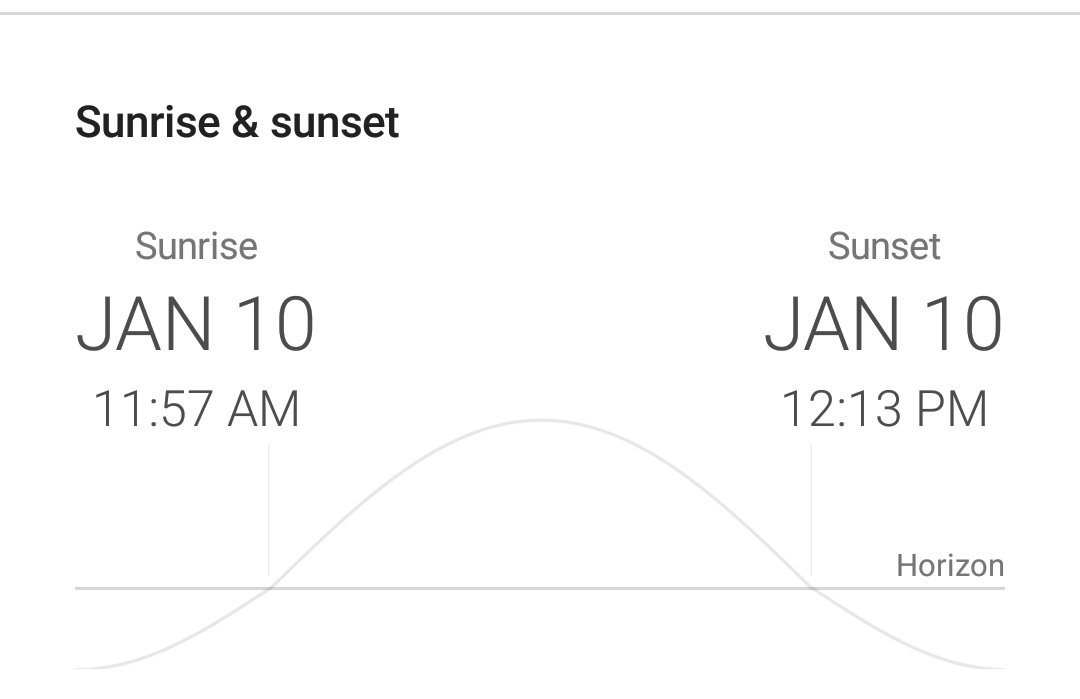 January time it's dark most of the day, the time between sunrise and sunset officially 16 minutes.  It was light-ish for about 2 hours each day but with lights on in each window and street lighting it was manageable, it just threw out your body clock so it was hard to know what time of day it was.

An early start and poor weather report dents our confidence but we decide to make the 1 hour drive up to Andenes at the Northern most point of Andøya.  In the lobby of the local hotel Sea Safari Andenes gave a briefing on Orca and habits while watching the weather. It was windy and overcast but we went out on the RIBs anyway.  You had two choices: Surface suit or Drysuit.  The first day we both opted for the Drysuits encase we got a chance to get in the water with them.  One average undersuit and a brand new neoprene undersuit kept me warm and fit ok even though the new latex neck seal wanted to kill me and needed a good stretch. You could bring your own gear but everything including hood and gloves were included, 5mm though.  The 10m RIB was comfortable with plenty of places to sit and look out. Up and down the coast they have watchers in the lighthouse and down the coast on the lookout for whales to help the RIBs get close.  Orca's are following the Herring year round and can pop up anywhere so all eyes were on the water.  Cruising around we found a small pod of Orca that were great to see but the weather wasn't great so we didn't get to get in the water, shame but we still got to see them up close and even a flash of a Sperm Whale about 100m out.

Where we were staying had a few benefits; 100m walk down the road was the Husky farm with pens of playful Husky's that you could help feed and play with.  Walk the other way 100m at night and look up you can see the Northern Lights because you're in the middle of nowhere with minimal light pollution. All of the 26 dogs where very photogenic but hard to keep still for a photo so I only came back with a few.  This was my favorite, Alba, who was one of the youngest dogs born August last year.  You can help out with feeding and play with the dogs if you want but you need to know that they're working dogs and don't always act like your house dog but they're good at pulling a sled.  If there isn't enough snow on the ground they have a couple wheeled sleds they can take you out on. 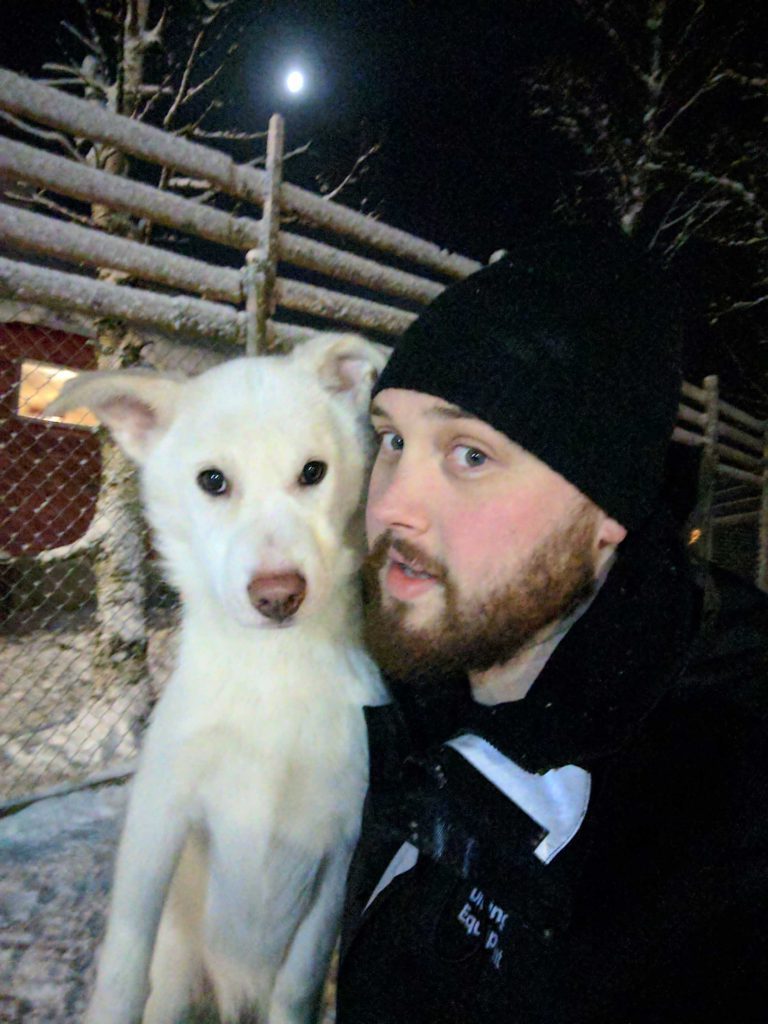 The weather wasn't much better on the 2nd day on the water so I opted for the cheaper Surface suit which was warmer and easier to move around the RIB in. Humpback Whales were the star of the show on the second day out with only a brief view of some Orca.  Following a pair of Humpbacks in the water was a bit rough for some people but they had some motion sickness pills onboard to help. The boats work as a team to find the whales and get you as close as possible without disturbing the whales and if they're happy you can slip into the water and let the whales swim around you. Without a high perch, pictures and video were hard but the RIBs could get closer to the whales faster.  Everything gets wet on the RIB so make sure your cameras are waterproof. 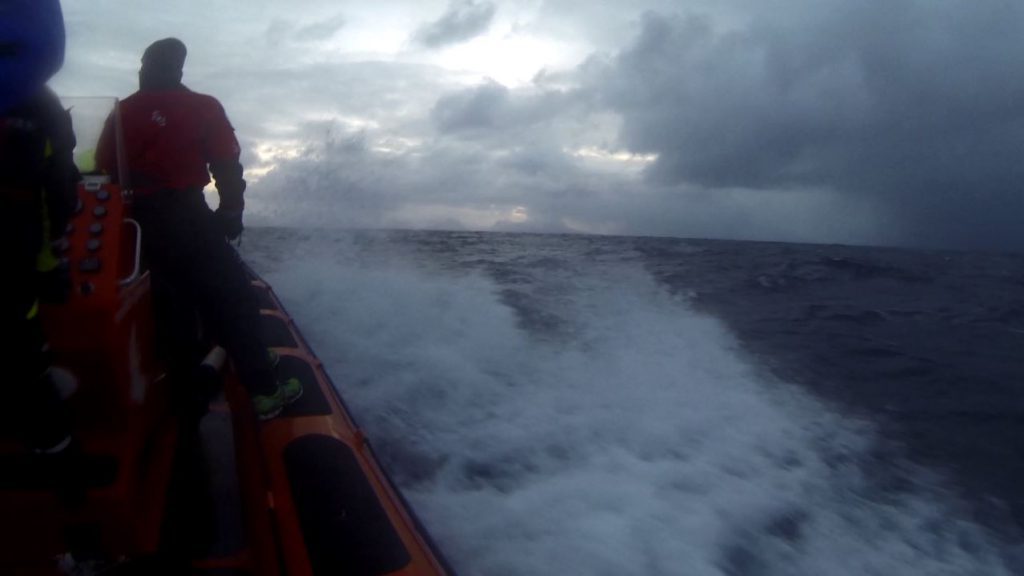 When you're back on dry land there are plenty of picturesque places to visit and we spent some time chasing Aurora Borealis which through various apps, forcast websites and miles of driving we found the best method was to find the most remote location with clear skies and let your camera do most of the work as your eyes don't pick up what the camera can.  Bring a tripod as you need a slow shutter speed and the camera needs to be steady.

If you're thinking of taking a whale watching tour like this in Norway make sure you go at the right time of yearas the Orca's are migratory and stay on the move.  Keep your eyes on the weather too as this limits whether you go out and what it's like out there and because of this prepare yourself for disappointment as you have to be at the right place at the right time with the right conditions to even see anything. Bring your own dry-gloves or thick neoprene gloves and don't take them off on the boat as they get cold and your hands get quite cold.  If you can bring your own drysuit, although the suits we where given where good quality you can't tell if there are going to be any problems and you can do anything for the next 2-3 hours when you're on the boat so small problems become big problems. Move around when you're on the boat, sitting still gets cold and stops your blood pumping so you want to be moving around and whilst you're up chat to people. Invest in a good warm waterproof coat even if you're not going out on a boat. I wore my Expedition Jacket everywhere and didn't need many layers underneath.  Proper waterproof boots are of course essential too as you'll spend some time walking through snow and ice. I can definitely recommend a pair of Salomon Boots. Driving is fine just take your time, the first 15mins can feel scary but you learn how the car responds pretty quick.  Take care on hills and starting from stopped, in a car and on foot, basic I know but it took me a minute to get going on a hill once.