Why do hundreds of divers decide to go diving in the Farne Isles off the coast of Northumberland? To see the seals of course!  I spent a long weekend in October diving with close friends surrounded by amazing wildlife in British waters. 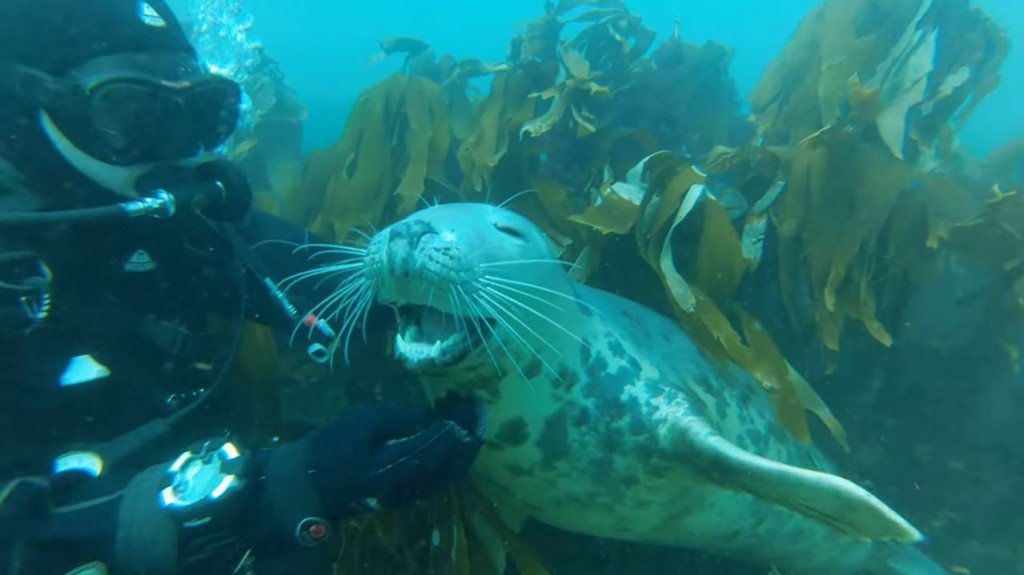 This is one of the best times to go diving around the Farne Isles if you want to see seals close-up as most of the younger playful seals are swimming out by themselves and the parents are much less protective of them.  The water temperature at the surface was around 14-15°C down to around 10M so it was still nice and warm which was on the verge of drysuit territory but some of our group opted for 5mm wetsuits with a 5mm shorty over the top.  The visibility was amazing for the whole weekend and for all of the dives most of us were constantly surrounded by seals that just wanted to play. 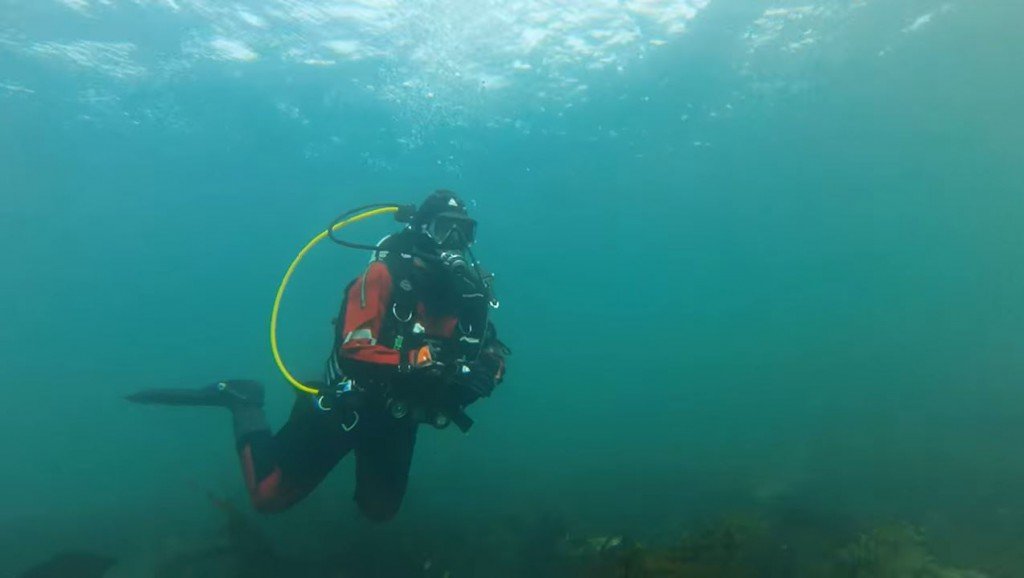 The seals are one of the largest mammals in the UK but they are so majestic in the water and many of them are inquisitive of these strange creatures that swim around blowing bubbles with hoses coming out of their mouths.  The trick to getting them to come closer to you is to treat them like big dogs; find somewhere quiet and let them come to you.  If you start swimming after a seal it will just swim off and easily out pace you, you need to let them build confidence and trust in you before they'll start to play.   Very similar to dogs the seals love to wrestle a little and have their heads stroked, but they also like to mouth your hands and fins. They don't bite hard but it can be a bit unnerving to some people to have their fingers around all of their teeth. As long as you're not overbearing or too rough with them they will hang around with you and follow you around to play.  Another thing you need to remember is that the seals need to breathe every now and again so they will swim off after playing for a few minutes and then come back to find you.   The first dive we did was a shallow dive reaching a maximum depth of around 5-6M, but this meant that we didn't have to worry about decompression or our air consumption but there were plenty of seals around to play with and swim with.  One decided to play hide-and-seek with us in the kelp gardens which is a whole world in itself away from the open water.   The next dive was on the Hopper which is an amazing dive site of sheer cliff faces covered in soft coral, sponges and swimmer crabs down to a flat bottom around 21M. Along the cliff face there is a huge fissure that cuts almost 300M into the island with lots of cracks and boulders for seals to snooze in and lobsters and crabs to hide in. Visually it is stunning with almost perfect vertical cliffs covered in wildlife and a huge valley in-between.   During our last dive we found one seal that was so happy to swim around us and play which can be seen around the 10 minute mark in the video below, filmed by my friend Danny. 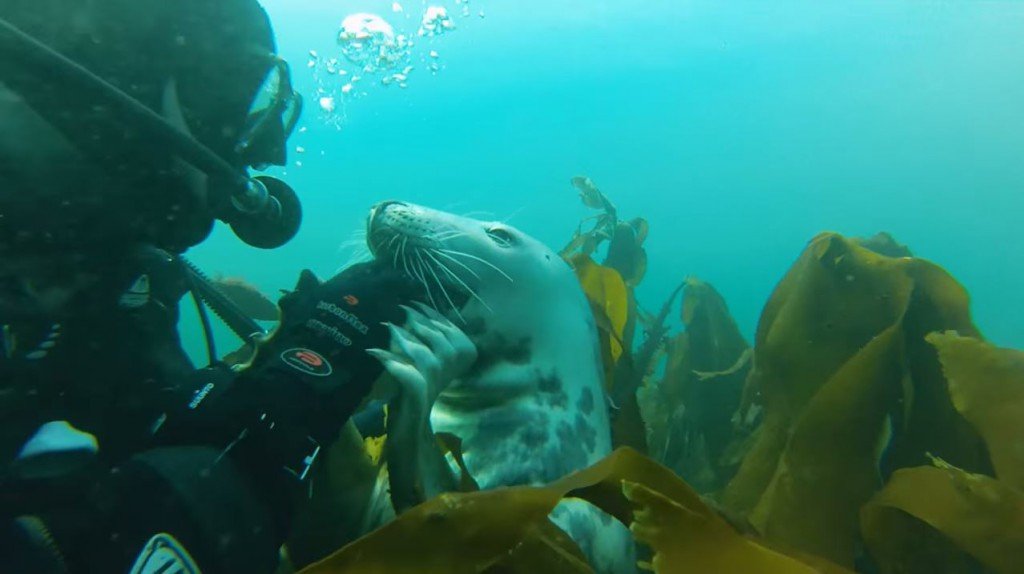 We went diving with Sovereign Divers out of Sea Houses who also took care of our accommodation and breakfasts.  The Boat itself was a very spacious and very civilised with a diver lift on the stern that lifts you clean out of the water fully kitted up.  There were twelve of us on the boat but there was still plenty of space to stow equipment, move around and sit down with hot drinks after every dive.  A family operated business that are so friendly and efficient; very experienced Skippers knew exactly where to go and put us in and exactly where to pick us up from, they made the diving very easy and care free. 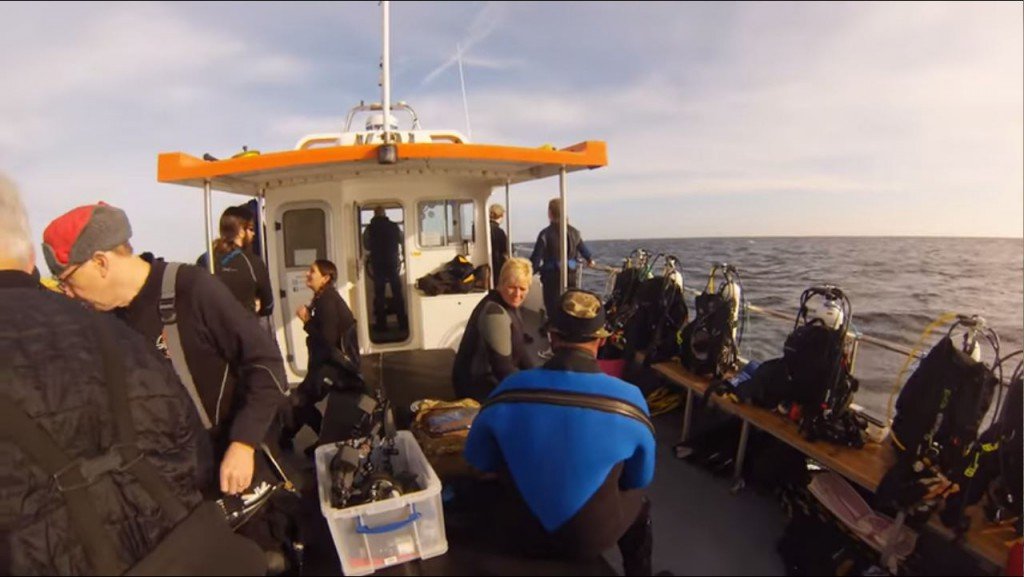 Underwater cameras are becoming more and more common underwater and the images they produce are stunning. I'm lucky enough to dive with people like Graham who spend a lot of time concentrating on how to take the perfect photo underwater and many of his pictures can be found here.   One of my best friends Danny was using a GoPro camera to video the dives and was kind enough to edit all of the footage into a video that he uploaded to his YouTube channel here.  Most of the pictures on this blog have been taken from his video that I've linked at the bottom of this post. 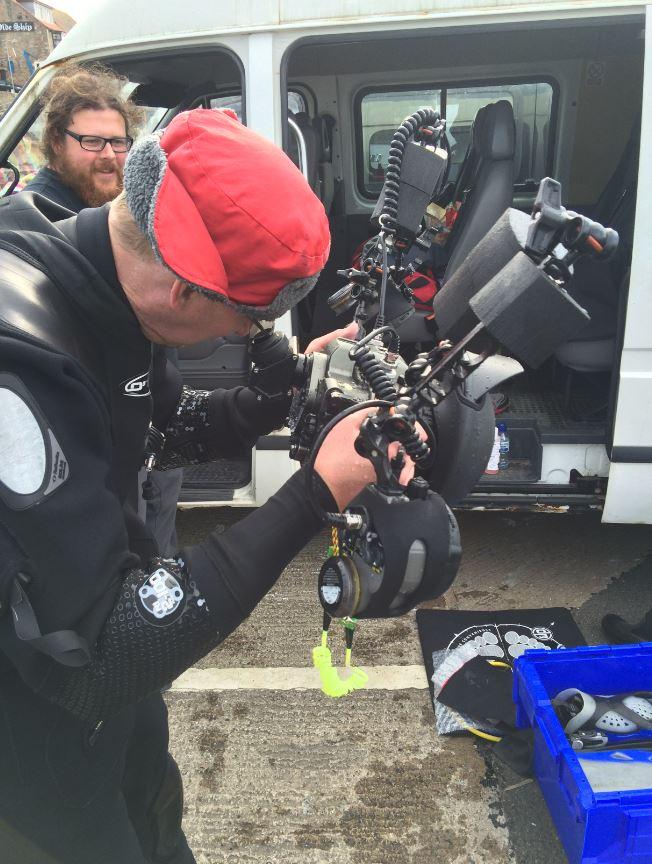 Many Thanks to Gary from Diveline Ltd. who organised the whole trip and kept us smiling with his usual humour. Many Thanks to Everyone at Sovereign Diving and The Olde School House for looking after us on and out of the water. And Many Thanks to all of my friends who were up there with me, you really made it a great weekend diving.